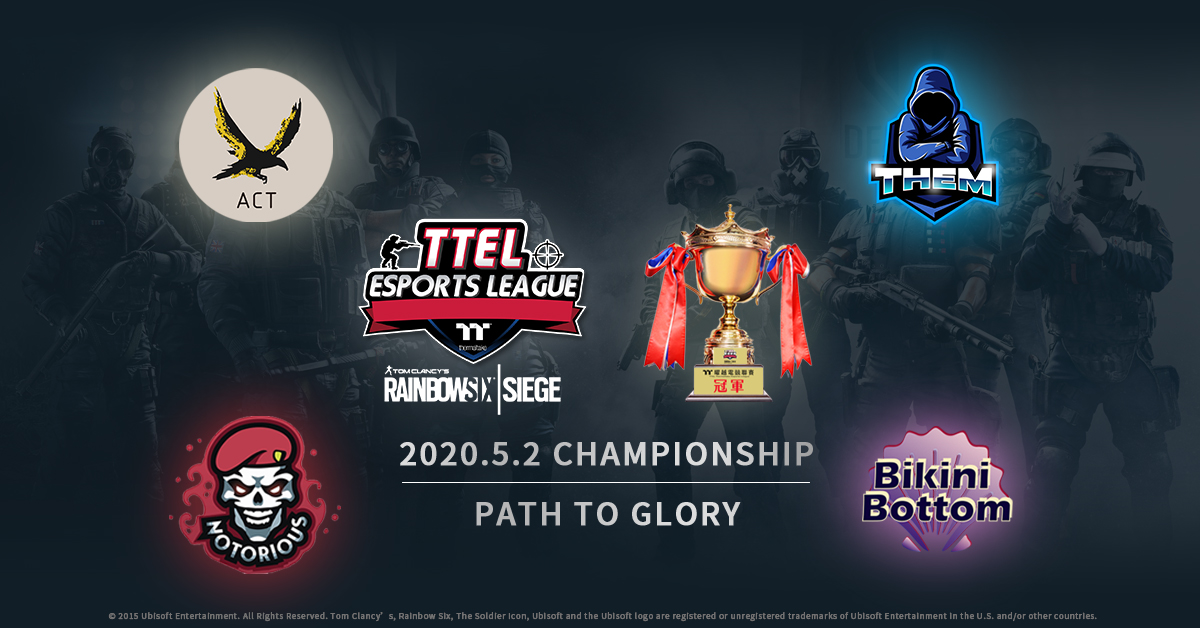 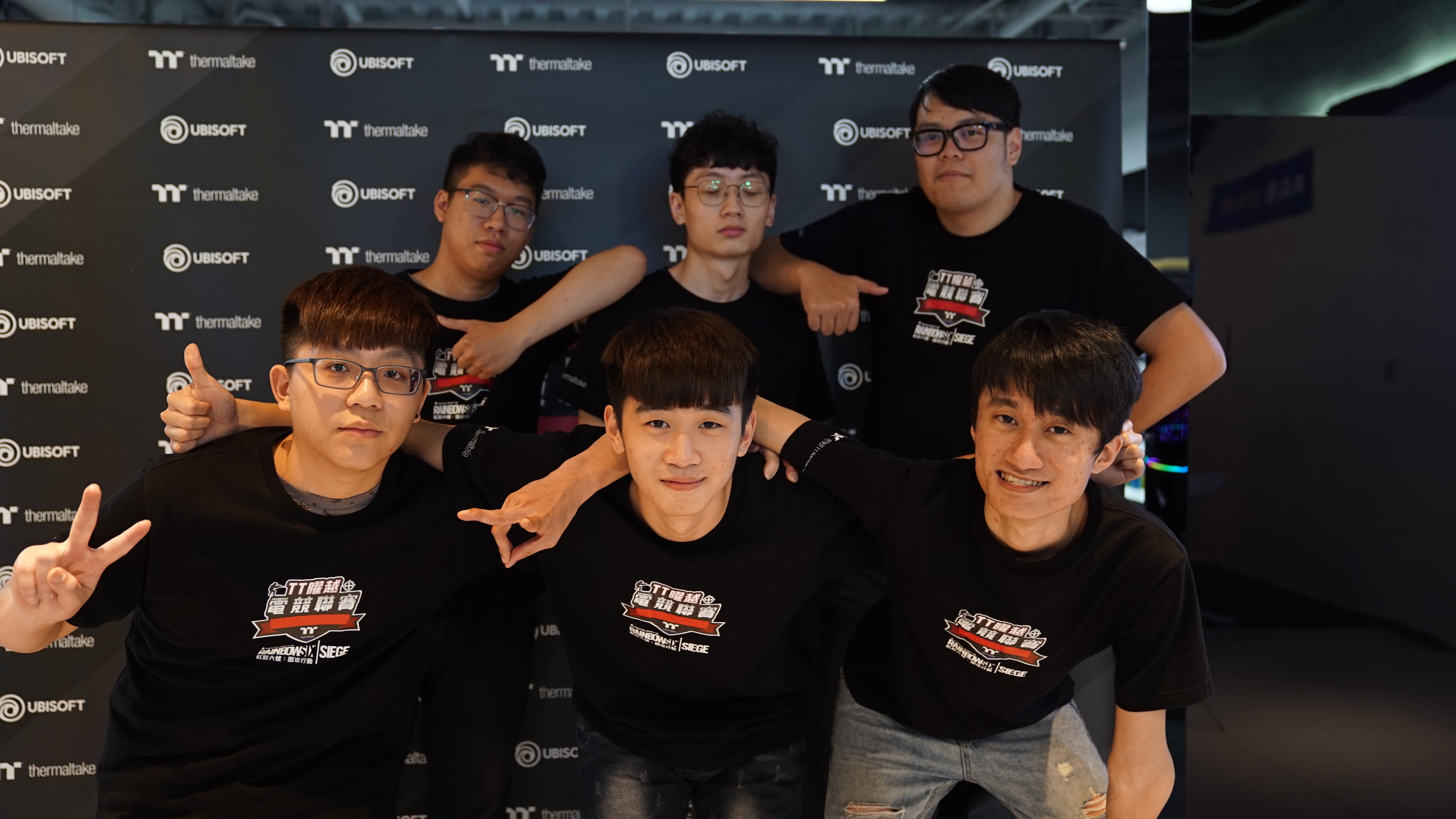 Interview with Bikini Bottom
Q1: How did you guys meet? How was this team established? A: We met online, and became familiar with one another through gaming. In the end, we naturally decided to establish a team.

Q2: What do you like about Rainbow Six? Any favorite characters?
Lukeed: Besides destroying buildings, I also enjoy how realistic the game is. I like the attacker Zofia, and for the defender, Mozzie the ghost.
CYCLoner: I enjoy the competition and winning in general, so I really enjoy this game. In terms of characters, my favorite is EMP(Thatcher) because he can destroy all electronic equipment.
Mitch: I like this game because I can make friends; my teammates are my friends too. My favorite defender is DOC because he has multiple abilities, which makes him an ideal character to use.
Sziro: I like this game because compared to other tactical shooter games; there is more to the game than just shooting. My favorite defender is Mozzie because not only is he skilled at shooting, he is also the best at stealing top secret information.
Good-night: I enjoy this game because when I first started I didn’t play very well, now I am getting better with each day of practice. I like every agent character because each has his/her own unique quality.

Q3: Any challenges when establishing the team? Good-night: When the team was first established, some members were pretty quiet and this game requires a lot of communication. However after a while we started to open up to each other.

Q4: What is your goal for this competition?
Mubai: As long as we learn from this experience, that is all that matters.
Sziro: Obviously I’m aiming for the championship title, so we will work toward that goal. 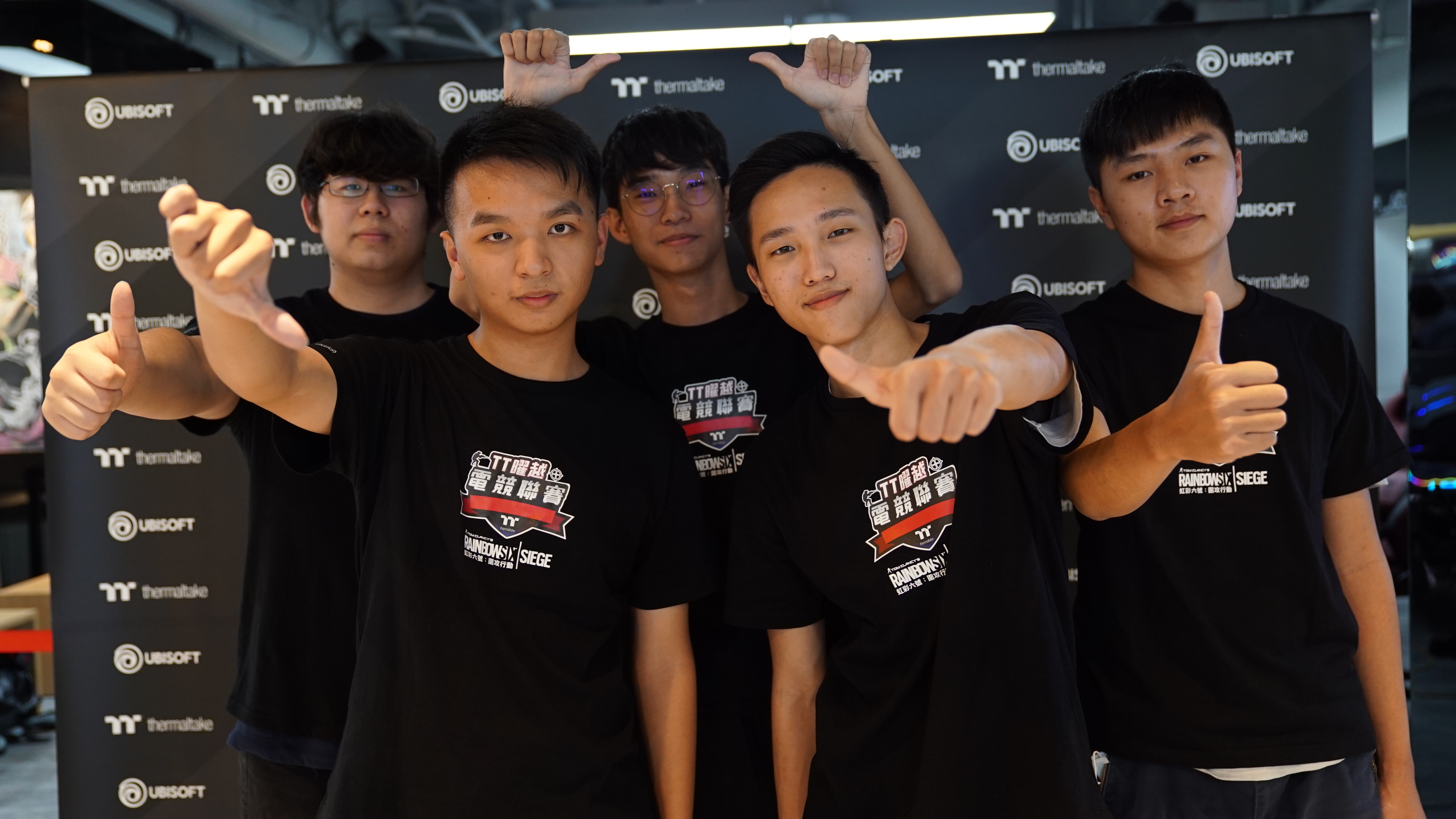 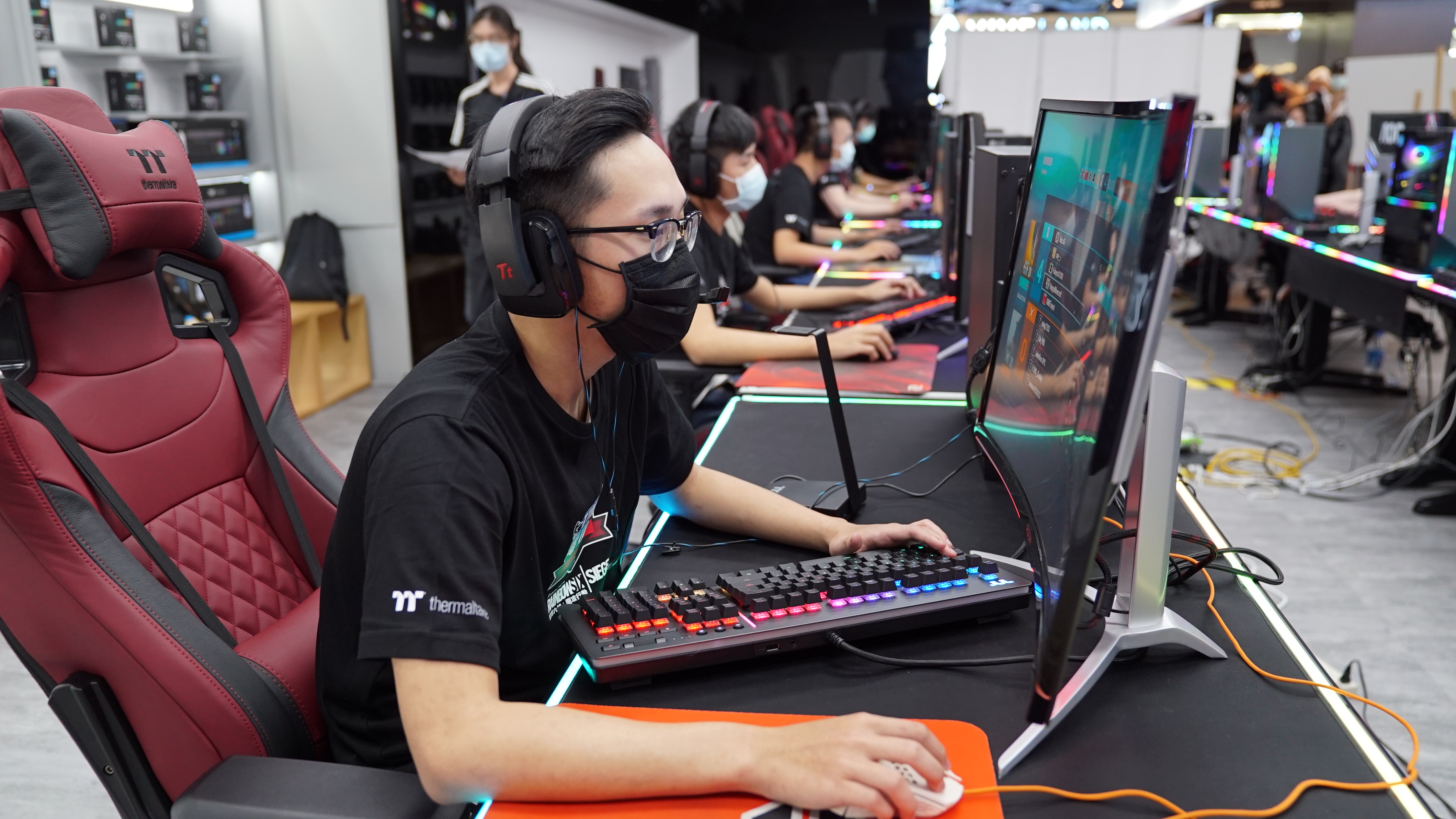 Interview with Team Notorious
Q1: How did you practice for the competition? A: We usually practice from 8pm to 11pm. Sometimes we practice with other teams or play ranked challenges. No matter the type of game, we always practice every day to maintain a good level of teamwork.

Q2: Why did you sign up for this tournament?
A: Each team member comes from a different background, from a different team, but all of us come with plenty of competition experience. However, on our own, we could only take home second or third place. We rarely took home the championship title, so we came together as a team to prove ourselves.

Q3: In the next game, you will face Bikini Bottom, are you prepared for the challenge? A: From what I know, Bikini Bottom reached top 8 in the pro league, so we really need to watch out. 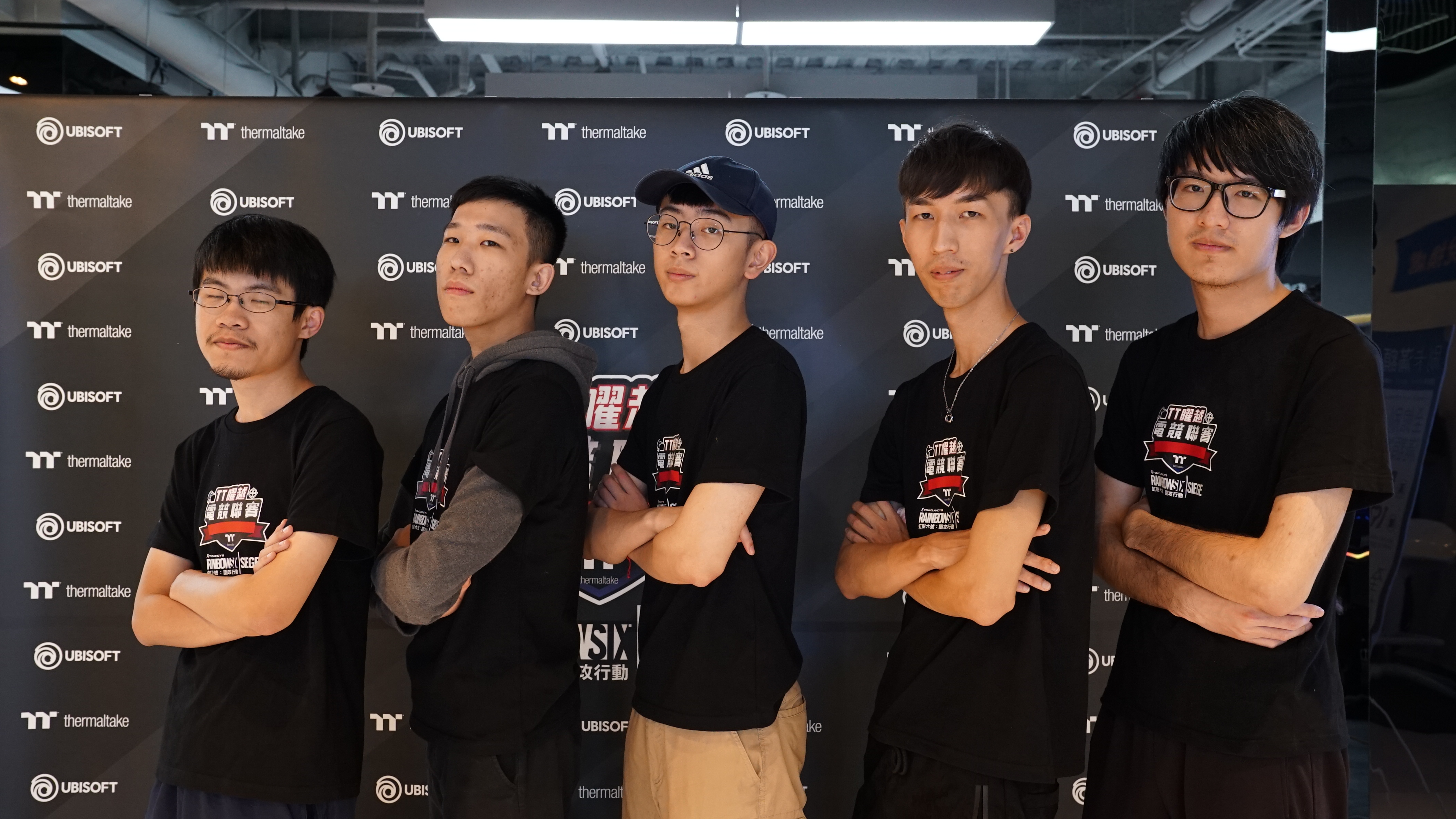 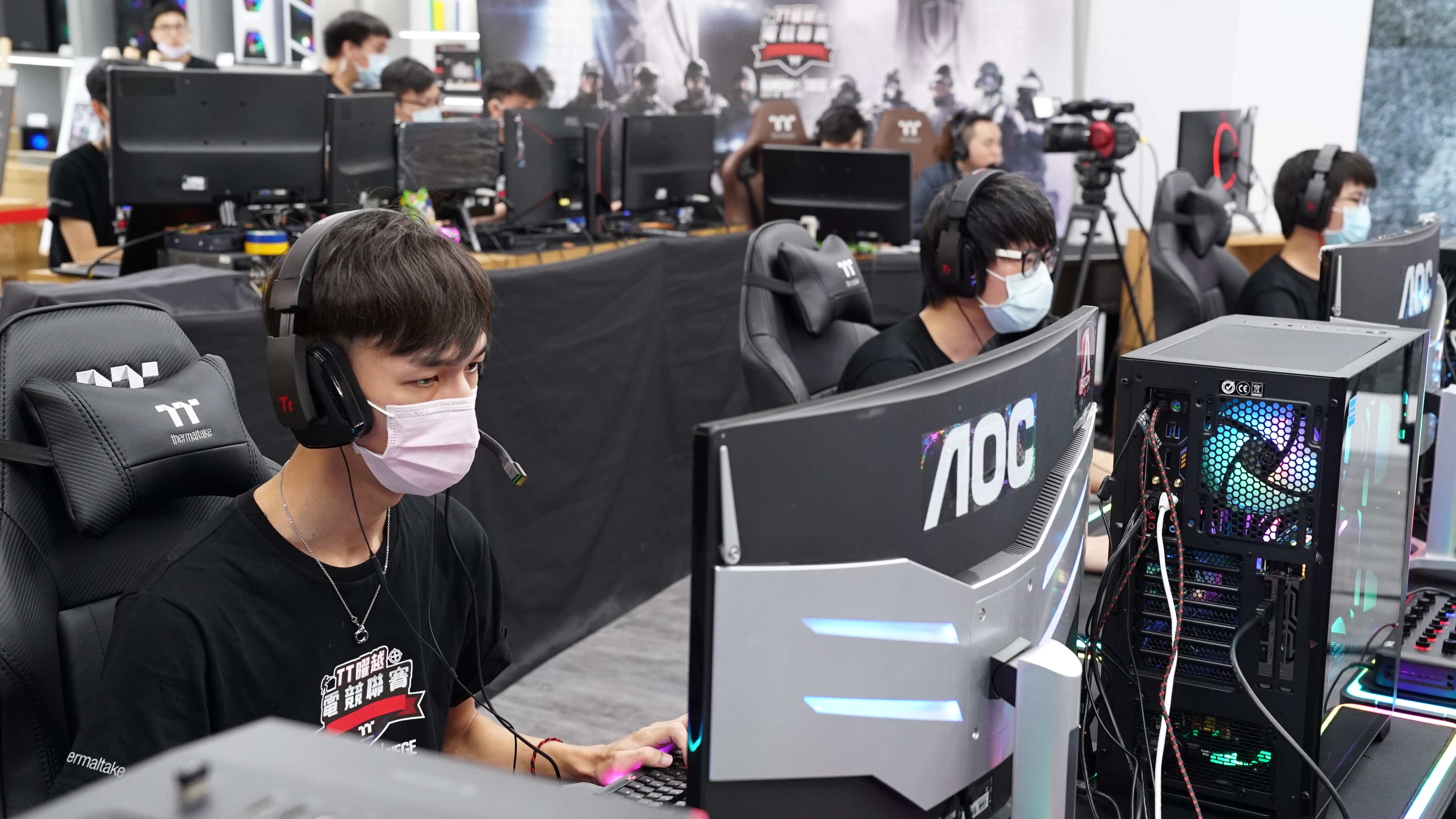 Interview with ACT
Q1. How did you come up with the team name? A: Like our name “ACT”, I want our team to always take action, and prove our worth through our act.

Q2. How did you prepare for the tournament?
A: We practiced often, basically every week. We kept a scheduled pace till the day of the game.

Q3. Where did you hear about this tournament? A: We are always looking out for R6 competitions, and try to participate in every available tournament in Taiwan. We heard about this major tournament, and decided to try out.

Q4. Any challenges during the tournament? Any expectations and goals?
A: Our biggest challenge is playing offline. We were quite nervous because we don’t have much experience. Our goal now is pretty simple: to just try our best.

Interview with THEM Gaming
Q1. How did you come up with the team name? A: Actually our fans and the viewers online came up with the name. Since we have many players and we often go through personnel changes, so we were named “THEM”.

Q2. What do you like about R6?
A: We’ve been playing this game for a long time, some players even for four years. It’s just different from other tactical shooter games. Also I follow a lot of R6 live stream gamers. They look pretty badass when attacking their opponents.

Q3. How did you practice for the game? A: Practice? We play RK, and practiced sporadically. We all lead busy lives, so we more often practice on our own.

Q4. Any challenges during the tournament? Any goals or opponents to look out for?
A: We are still getting used to the gaming gear and system here. And our goal is to just play better and try our best. The opponent we are most worried about is Team Notorious; they are very experienced and their reputation is notorious like their name.

Alongside a thriving professional esports scene and a community of over 50 million registered players, Tom Clancy’s Rainbow Six Siege puts players in the middle of a fast-paced, ever-evolving multiplayer experience grounded in the selection of unique Operators. Using the right mix of tactics and destruction, Rainbow Six teams engage their enemies in sieges, where both sides have exclusive skills and gadgets at their disposal. Defenders prepare by transforming the environments around them into modern strongholds, while attackers use recon drones to gain intel for carefully planning their assault. With access to dozens of Operators inspired by real world counter-intelligence agents from around the globe, players can choose exactly how they want to approach each challenge they encounter. Through the constant addition of new Operators and maps that add to the depth of both strategy and combat, the unpredictability of each round of Rainbow Six Siege sets a new bar for intensity and competition in gaming.

Ubisoft is a leading creator, publisher and distributor of interactive entertainment and services, with a rich portfolio of world-renowned brands, including Assassin’s Creed, Just Dance, Tom Clancy’s video game series, Rayman, Far Cry and Watch Dogs. The teams throughout Ubisoft’s worldwide network of studios and business offices are committed to delivering original and memorable gaming experiences across all popular platforms, including consoles, mobile phones, tablets and PCs. For the 2018-19 fiscal year Ubisoft generated Net Bookings of €2,029 million. To learn more, please visit www.ubisoft.com .


We have detected a different Store for You, According to your country.